17 Minutes That Prove the Need for a Savior 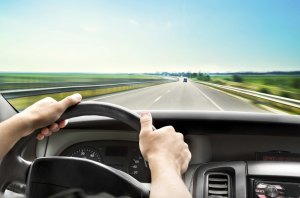 Today, at a faculty meeting for Capistrano Valley Christian School, a colleague led a devotion by sharing the following, convicting article.

Andrée Seu Peterson shares the thoughts of an ordinary woman on her way home from the grocery store on an ordinary day and draws out a piercing observation.

She conjures three comebacks she could’ve hurled at Ellen if she had not been caught off guard.

She spots the baby shower invitation on the dashboard and schemes a way to be out of town that weekend-then thinks better of it because she has a favor to ask the sender at a later date.

She sizes up a woman standing at the bus stop-and judges her.

She stews over a comment her brother made behind her back, and crafts a letter telling him off-and sounding righteous in the process.

She reviews the morning’s argument with her husband, and plans the evening installment.

She imagines how life would have been if she had married X (a well-worn furrow, this).

She magnanimously lets a car merge into traffic, and then is ticked off when she doesn’t get her wave.

She replays memory tapes going back to the ’60s, trying to change the endings.

Somebody rides up the road shoulder and budges to the head of a traffic jam, and she hates the driver with a perfect hatred.

She passes the house of the contractor who defrauded her and fantasizes blowing it to smithereens.

She passes Audrey working in her garden and waves-but thinks, “If Audrey has chronic fatigue syndrome, I’m a flying Wallenda.”

She glares at a driver who runs a red light in front of her, forgetting that she did the same about a mile ago.

She checks her slightly crooked nose compulsively in the rearview mirror, and reassures herself it isn’t too bad.

An inner voice tells her to turn off the radio and pray, but she decides that’s the voice of legalism.

She brainstorms talking points for her upcoming woman’s Bible study lecture on “Ephesians” and considers how she can improve it-and make it better than Alice’s talk of last week.

She is angry at God because here she is a Christian and broke, while her good-for-nothing heathen of a brother is rolling in dough.

She thinks how much better her life would be if she were beautiful, and fantasizes all the bungee-jumping, maggot pizza-eating “fear factor” stunts she’d be willing to subject herself to to look like Gwyneth Paltrow.

She wonders how her parents will divvy up the inheritance-and how long she has to wait.

She rehearses two good reasons why her sister and not she should take care of the folks when they’re too old. She thinks about her childhood and counts the ways her parents have screwed up her life.

The Johnsons drive by, and she recalls all the meals she made for them 10 years ago when Lydia had toxemia during pregnancy, and bets they don’t even remember. Hmm, did they even send a thank-you card?

The word treachery flashes through her mind (Mr. Beaver’s succinct epithet for Edmund in The Lion, the Witch, and the Wardrobe) but leaves no footprints.

An SUV cuts her off, and she decides to punish it by tailgating.

Her heart smites her for this. So she determines to try harder to live righteously from now on. Who knows, God may reward her in some amazing way: Her husband may give her grounds for divorce, and God will lead her to the arms of Mr. Right.

She tries to pray but doesn’t get past “Our Father.”

There are lots of other people that the woman does not think of while driving home with groceries, people who are not important to her social status, or just not interesting.

She pulls into her driveway. Total driving time: 17 minutes.

Her conclusion is worth chewing on a bit more slowly.

And if you were to ask the lady, as she rustles parcels from the car, what she has been thinking about on the drive from town, she would say, “Oh, nothing in particular.” And she would not be lying.

Imagine believing that we don’t need a Savior.

I'm a Christian, husband, daddy, pastor, professor, and hope to be a friend to pilgrims on their way home.
View all posts by Dana Dill →
This entry was posted in Uncategorized and tagged Andrée Seu Peterson, salvation, sin. Bookmark the permalink.