Genesis One If God Were Not All Powerful 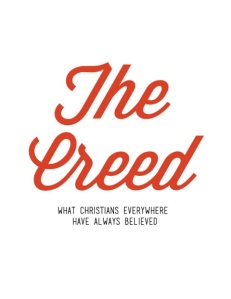 This summer, I and my ragtag crew are teaching the middle schoolers of our church the theology of The Apostles’ Creed. Yesterday, I preached at on the phrase of the Apostles’ Creed that calls God the Father, the Maker of Heaven and Earth. As I spoke about the familiar scenes of Genesis one, I found John Ortberg’s thoughts helpful. He invites us to imagine what Genesis one would look like if God were not as powerful as He actually is:

May we never let God’s amazing power lead us to yawn. If it does, we can rest assured that the problem is not with Him, but us.

I'm a Christian, husband, daddy, pastor, professor, and hope to be a friend to pilgrims on their way home.
View all posts by Dana Dill →
This entry was posted in Uncategorized and tagged character of god, god, john ortberg, omnipotence, power. Bookmark the permalink.